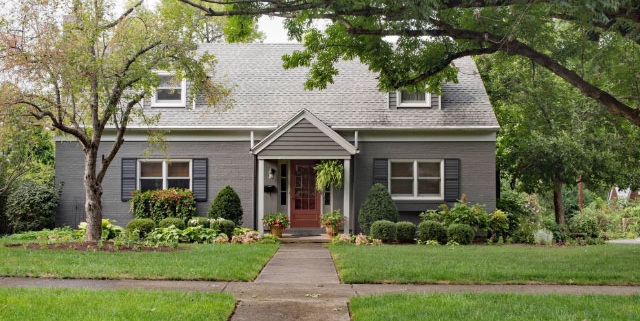 It was a few years ago that I got the call from an elderly client to sell her home. Pauline had lived in the home for over 50 years and raised two sons there. Her husband, George, died ten years ago, her eldest son, Greg lived in Atlanta and his younger brother, Scott, lived in Colorado. Along with her sons, Pauline had decided to sell the home and move to Colorado to live with Scott.

Pauline and George had raised their two boys in an 1100 square foot cape cod style home built in the 1950s. You’ve seen the style: the main floor is one living area, two small bedrooms, a bathroom, and a kitchen. Upstairs is one long room with “cove” ceilings. Many times, this room is used as an attic and then converted into living space.

On the day of the house closing her sons flew to Cleveland to close up the home with her and start their move west. As a final “goodbye” the boys walked through the home with their mother. Both had not lived under this roof in decades and the memories were the running dialog of this last tour. Initially the two (now) men shared the small main-floor bedroom. As they grew, Dad finished out the attic space to make one large room. Scott and Greg fought over who got the “big” upstairs bedroom. Greg, the oldest, won, he thought. Only after spending his first un-airconditioned summer there did Greg feel he got the short end of the deal. (“Our own Ez-Bake oven. I was the Bake”). Eventually couches were thrown into the corner of the unfinished basement and this was the teen gathering area for friends visiting the boys in the 1970s.

As I was listening to the family narrative I marveled at an era when an entire family could exist for decades in a space the size of 1/4 of a basketball court. I don’t know the houses that Scott and Greg purchased for themselves but if they are like many of my next-generation clients the minimum is 2200 square feet, and many can’t imagine raising families in less than 3000 square feet (plus finished basements). One bedroom for each child + a guest bedroom is the minimum and 3 full bathrooms is becoming the norm.

The median size of a new single-family home in 1965 was 1200 square feet according to the U.S. Census Bureau. In 2018 that square footage has doubled to 2600 and 46 percent of new single-family homes had four bedrooms or more. (The cost of those homes has increased 10 times from $27,000 to over $270,000, but that’s another blog.) Bathrooms? Homes with at least 3 bathrooms make up 35% of American new build construction. A full 61% of American homes have two full bathrooms. Full is defined as a sink, toilet and a tub and/or shower.

Do we really need over 900 SF of space per person living in the home? Common sense would tell you, no, we don’t NEED that space. But America is not a nation of NEEDS, our culture, affluence, and lifestyle is one of relative luxury and WANTS. What do Americans wantin our homes? We want bedrooms for each child, we want an office (TWO offices, one for him and her is the latest trend), a man-cave, a she-shed, a finished basement for teens, and a studio for hobbies. Oh, and 3-car garage for our vehicles. Thus, 2600 square feet becomes the average.

Do these homes make us happier? That’s next week in House Call.

This blog is written by Kathy Chiero. The Kathy Chiero Group, EXP Realty Greater Colum-bus is the proud sponsor of DownSize Cleveland and Central Ohio’s top real estate team for the over-55 homeowner. Find us at www.OurOhioHome.com

My credit is bad. Can I buy a house?
Scroll to top